Welsh Netball is seeking an enthusiastic and forward-thinking person with specific skills, experience and knowledge relating to Equality, Diversity & Inclusion, and (EDI) to join its Board.

We are looking for an experienced individual with strong critical thinking skills who can apply independent judgement to work effectively with other non-executive directors. The successful candidate would be required to help the operational team to create an Equality working group that will feed into the Board.

This is a voluntary role with the time commitment 1-2 days per month approximately. There are typically 4-5 board meetings per year.

Welsh Netball offices are located at the Cardiff and most meetings are held in Cardiff. Under the current climate all meetings are undertaken virtually and will be for the foreseeable.

Welsh Netballs vision is to 'Grow the Game and Inspire Success'. We are committed to be a sector leading National Governing Body of sport in Wales and live our values of Respect, Connect, Inspire and Aspire.

The role of the Board and its members is to supervise the management of Welsh Netball' business and to discharge the responsibilities of its directors under the Companies Act.

The successful candidate will have a passion for advancing equality and diversity within our sport, and the wider sector.

Acorn Recruitment acts as an employment agency for permanent recruitment. Find out how you can obtain a Non-Executive Director position by booking a place on this interactive 1-day course. “As an introduction to the world of NED’s this course is well structured to give an honest and practical insight in to how to identify and prepare for a move in this direction. Money well spent!” John Cooper, Vice President, North West Europe at Weber-Stephen Products LLC United Kingdom The How to become a Non-Executive Director course helps you to plan and prepare for your first NED position. It instils a real sense of what is expected of NEDs, and how you can meet the [...]
Mar
24
Wed
2021
9:00 am Diversity and Inclusion in the B... @ Zoom Video Conference
Diversity and Inclusion in the B... @ Zoom Video Conference
Mar 24 @ 9:00 am – 4:30 pm
Diversity and Inclusion in the Boardroom A practical interactive video course for Chairs and Board members If you are wondering how you can promote diversity and inclusion on your Board then the Diversity and Inclusion in the Boardroom 1-day interactive video course will provide you with an essential overview of what is involved together with practical steps that can be taken to help you to achieve a more diverse and inclusive board. This course is aimed at Chairs and Board members in the private, public and voluntary sectors including NHS Trusts, Social Enterprises, Local Authorities, School and College Governors and Charity Trustees [...]
Apr
27
Tue
2021
10:00 am Finance for Non-Finance Director... @ Zoom Video Conference
Finance for Non-Finance Director... @ Zoom Video Conference
Apr 27 @ 10:00 am – 3:30 pm 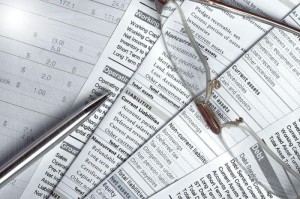 Finance for Non-Finance Directors: Financial Business Management Tools and Financial Business Concepts for Executive and Non-Executive Directors Being an effective board member in the private, public or voluntary sector requires a firm grasp and an in depth understanding of a range of financial concepts and skills. This course will provide the essential knowledge of those key financial management issues and concepts that are needed by successful Executive and Non-Executive Directors in order to discharge their duties and responsibilities as a company director. The completion of this course will provide a good grasp of the key elements of Management Accounts and [...]
View Calendar
Add

%d bloggers like this:
We use cookies to ensure that we give you the best experience on our website. If you continue to use this site we will assume that you are happy with it.Ok